Skip to content
Previous Next
A Foray Into Nike’s Advertising: Marketing v. Branding

I’m sure you’re familiar with this phrase and upon reading it, had an immediate association with the athletic apparel brand, Nike. For over 50 years the sportswear company has created global campaigns and co-branding partnerships with elite athletes in every sport from track & field to the soccer field.

The name Nike itself stems from the ancient Greek goddess of victory, Nike. Since their inception in 1971 (Blue Ribbon Sports in 1964), the company has garnered endorsement deals with the likes of Mike Tyson, Cam Newton, Hope Solo, Jon Jones, and most notably Michael Jordan.

They’ve created some of the most recognizable branding and launched some of the greatest marketing campaigns in the advertising ever seen. So, how exactly has Nike managed to not only establish an infamous brand, but market it to consumers as well? 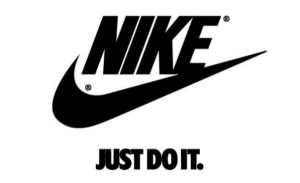 Let’s start by defining these two terms so we can gain a clear understanding of each.

James Heaton, President/CEO of Tronvig Marketing Group provides an excellent definition of the two, stating that

…Marketing is actively promoting a product or service. It’s a push tactic. It’s pushing out a message to get sales results: “Buy our product because it’s better than theirs.” (Or because it’s cool, or because this celebrity likes it, or because you have this problem and this thing will fix it, etc.) This is oversimplification, but that’s it in a nutshell.

Heaton follows up by explaining branding as,

A brand will help encourage someone to buy a product, and it directly supports whatever sales or marketing activities are in play, but the brand does not explicitly say “buy me.” Instead, it says “This is what I am. This is why I exist. If you agree, if you like me, you can buy me, support me, and recommend me to your friends.”

In these two statements alone, Heaton has cut through the confusion and straight to the core of branding and marketing. As our “International Guru” Simon Walker likes to put it, “Your brand is your reputation.”

One of the greatest mistakes startups make is not focusing on developing a solid brand identity early on, so that by the time they gain traction they have difficulty in creating a solid marketing campaign for the underlying brand.

Circling back to our example of Nike, in particular, their brand is that of the company for elite athletes on any level– majors, minors, hobbyist, beginner. They don’t just create their products for Lebron James or Ronaldo, they create their gear for the consumer. For those that have a “Just Do It” attitude on the field, court, or track.

This has been more than just jaw-jacking on Nike’s behalf, as the brand wholly believes in the words they speak. Headquartered in Beaverton, Oregon near the University of Oregon, the company is dedicated to pushing the boundaries in sporting goods technology in order to be the best. 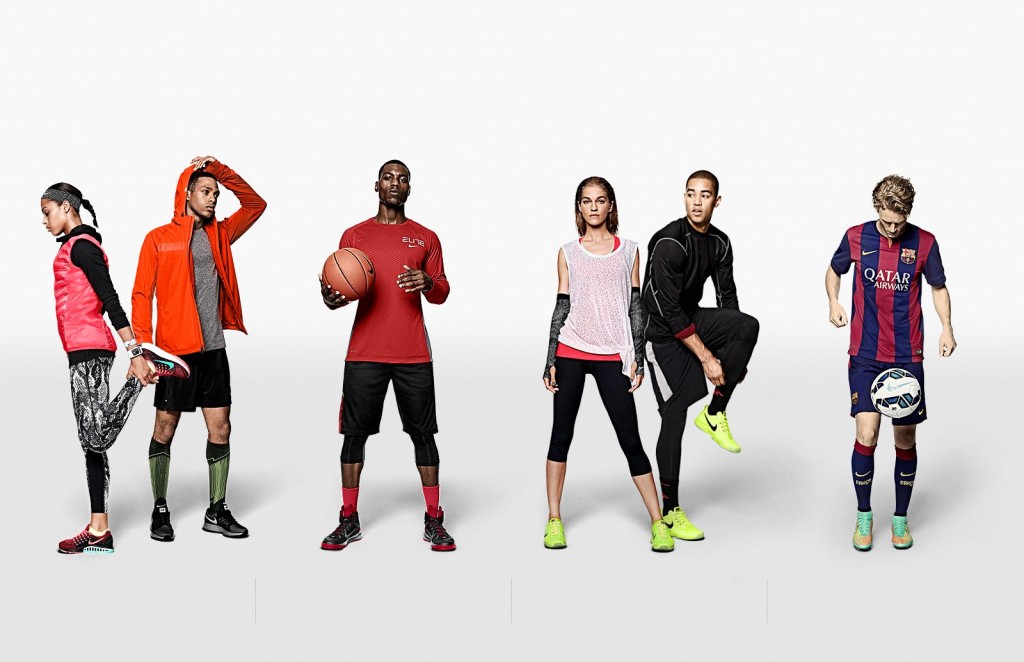 Everything in their product line has been engineered for peak performance— Flyknit cleats (Football & Soccer), Flywire (Basketball) sneakers, Pro Rival (Sports) Bra, Vapor (Golf) Irons, and Nike+ Training Club App, all of which were developed in 2014.

Extensive R&D in order to incorporate sustainable technology into their production process when other brands had yet to think of such ideas is an example of their “Just Do It” mentality.

So Nike has the gaul to back their claims, but how do they deliver the message to consumers?

The sportswear market is already saturated with competitors like Reebok, Adidas, Fila, New Balance, and Under Armour.

“Our job is to wake up the consumers. If we become predictable, that’s not waking them up.” Phil Knight, Nike founder. In order to wake up their customer base, they needed to create a marketing campaign that supported their brand.

In Nike’s case, they initially moved into the collegiate athletics arena offering top tier Division I schools free shoes for their players to wear during games. Eventually the Nike logo became synonymous with winning and college programs that had long since earned a place in the heart and homes of die hard fans brought the Nike brand in with them.

Nike took it a step further in the 1980’s when they introduced their next marketing campaign featuring “His Airness,” Michael Jordan and film director Spike Lee’s character, Mars Blackmon.

Once you’ve got eyes on your campaign, your brand will determine whether or not you will find loyal customers.

Where Nike really hit the mark was in developing a solid brand long before they began such an ambitious marketing campaign. Their brand: Everything you need to succeed lies within you, you just have to do it. It’s beautiful in it’s simplicity.

Brand development is much more extensive process than a singular marketing campaign that makes a push for your company/services. Peter Ruppe of Nike imparts this story in an interview with David Brier (Fast Company Branding Expert),

At Nike, the journey to bring Nike Plus to market took me nearly six years. We knew from the beginning that we were adding a digital experience to workouts. Though we had created some hardware, this wasn’t our goal. We needed something to convey this idea of adding to the experience.

Nike is far more than their tagline. They’ve spent countless hours on engineering a quality product. In doing their due diligence in understanding their market, where to find their audience, who needs their product, and why the need it.

They then took all of this information developed from Sales, R&D, and their Art Department to turned it into a cohesive brand that represented all aspects of their company down to the packaging and labeling.

To create a brand is to play the long game, so don’t be fooled by promises of short-term gains or guarantees of long term success by advertising agencies. Focus on creating something that will stand the test of time that you can build upon.

Imagine you, yourself as a brand. When you’re in your first year of operation, you’re going to make mistakes because you don’t know any better. How you handle your mistakes will define who you are as a person. Are you going to blame someone else or will you rise to the challenge? Maybe you’ll develop new methods entirely.

A brand operates the same way. It’s a far more dynamic entity than hardline numbers, art concepts, and sales pitches alone. It is a living, breathing vessel for your hopes and dreams and requires collaboration on all fronts of your business. 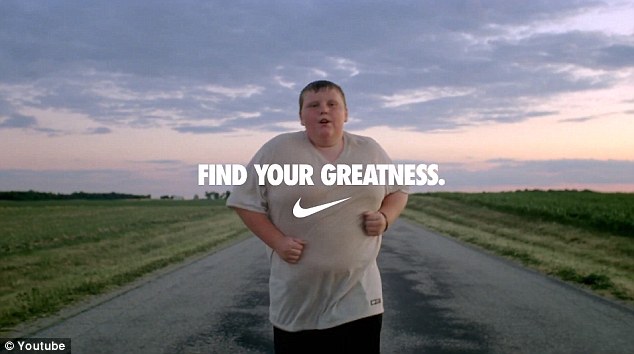 In essence, marketing alerts your target market of your existence and the need you can fulfill in their lives. Your brand is the determining factor in their loyalty–are you just a fly by night, novelty company? Or are you going implement trends and innovate their experience as a consumer?

Here at TalenAlexander, we know ourselves to be trendsetters and not trend followers. Authentic marketing campaigns start with a discernible, original brand that is true to your character. Our specialty is in brand development and for that reason our aim is in being the cornerstone of your company’s success by defining who you are to yourself, so that you may share your gift with the world.