Skip to content
Previous Next
Let’s Talk Taglines: The Stories Behind Six Best Taglines Of All Time!

Let’s Talk Taglines: The Stories Behind Six Best Taglines Of All Time!

The happiest place on Earth.

The breakfast of the champions.

A diamond is forever.

Some words stay with us forever like these taglines/slogans of big brands. Even though I haven’t mentioned the corresponding brands, I am pretty sure you must’ve already associated them with Adidas, Nike and Nokia respectively.

As simple as they are, taglines are a part of an elaborate brand strategy. They are outcomes of hard work and planning. More often than not, there are interesting stories behind the making of these slogans or catchphrases.

And although they are as different as chalk and cheese, great slogans have some factors in common:

They create a positive brand image.

Got Milk, California Milk Processor Board

“Got Milk” was the brainchild of Jeff Goodby of Goodby Silverstein & Partners. The iconic marketing tagline was created in 1993. According to him, creating a slogan for something as common as milk was nothing short of a challenge.

In his words, the story behind the tagline goes like this: Jon Steel and Carole Rankin were at a focus group when the clouds parted and a woman said, “The only time I even think about milk is when I run out of it.” Goodby scrawled “got milk?” on a poster board for a meeting and decided it might be a tagline. 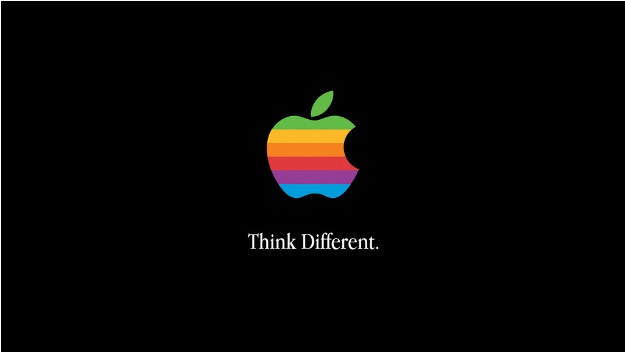 Eventually, the slogan was licensed to the National Milk Processor Education Program (MilkPEP) in 1995. It was used by them on their print ads featuring several celebrities. The celebrities posed in print ads with a “milk mustache” and became equally popular.

Apple’s famous slogan “Think Different” was used in a commercial spot “Here’s to the Crazy Ones” featuring people who made an impact on the world. The tagline was in-sync with the fact that all the people featured in the video, such as Einstein, Muhammad Ali, John Lenon etc., followed the road less taken or “thought differently”. With this campaign, Apple sent out the message that it was nothing like other companies and that, it creates and follows its own path!

Just Do It, Nike

All slogans are not created alike and a case in point is that of Nike’s “Just Do It”. Short, catchy and motivational, the slogan has an infamous tale related to it. It is said that the slogan came to existence in 1988, when Dan Wieden of Wieden+Kennedy was inspired by the last words of a notorious convict on death row, Gary Gilmore. When asked about his last words, he is said to have replied “Let’s do it!”

The slogan caught on and till date, it continues to inspire millions. 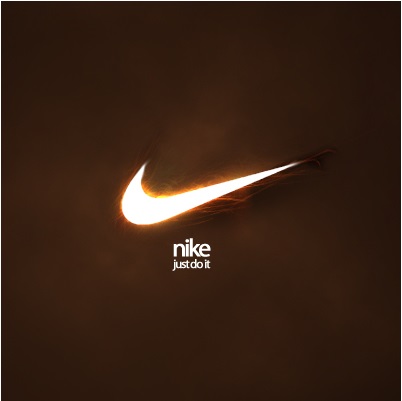 German car manufacturers Volkswagon ran a campaign called “Think Small”, which was way different than any other car campaign. Launched by Doyle Dane Bernbach in 1959, the campaign was no less than a risk as the car they were marketing to a post-war America, had a connection to Adolf Hitler!

Known as People’s Car in German, Volkswagon had close ties with Adolf Hitler.

Without giving up, the ad agency created a series of advertisements using the slogan “Think Small”. What clicked was: 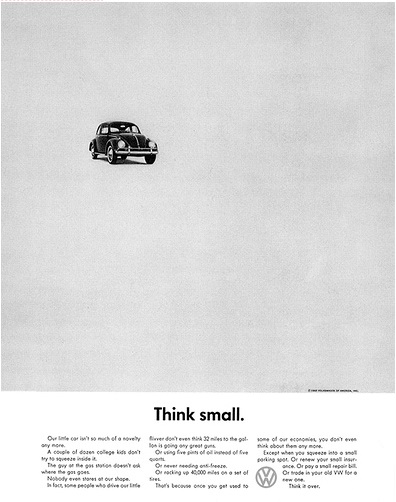 Note: While “Das Auto” is one of the most memorable taglines of the brand, it was scrapped recently. Interestingly, the company is now using the same tagline as the brand name in the international circuit.

As the Presidential Election campaigns in the USA become heated up, the presidential candidates are coming up with their own slogans such as – “Make America Great Again!”, “A Future To Believe In” and “Hillary For America”. Obama too, had quite a few slogans to his credit. But there is one slogan or motto, which we need to discuss here.

Passing the buck is an expression, which means passing the responsibility to someone else. A derived form of the original expression was famously used by American President Henry Truman. He had a sign on his desk in the White House office with the words – “The Buck Stops Here”.

The sign was a gift from a prison warden to the President and he referred to it on more than one occasion.

“You know, it’s easy for the Monday morning quarterback to say what the coach should have done, after the game is over. But when the decision is up before you — and on my desk I have a motto which says The Buck Stops Here’ — the decision has to be made.”

“The President–whoever he is–has to decide. He can’t pass the buck to anybody. No one else can do the deciding for him. That’s his job.”

Such was the impact of the words on the sign that it became associated with him and also became the motto of the U.S. Naval Aircraft Carrier USS Harry S. Truman.

Tech-giant Sony’s popular tagline “It’s a Sony!” got coined in 1982. It was a part of the brand’s upheaval of its corporate identity. It is said that founder Akio Morita was shown the new set of design for the logo, he doubted whether people would be able to associate the newly designed “S” with the brand. He wanted something more, which could describe it without being over the top. This is how he came up with the phrase.

The slogan also worked in giving people the assurance that it is a product made by one of the finest companies in the tech-industry. It sounded hip and game the impression that all Sony products are nothing but the best.

These are some of the most renowned taglines, which have made their mark. Because everyone has favorites, we have chosen these from numerous other great taglines that are equally popular. What about you? Which taglines inspired you and why? Do share your opinion with us! 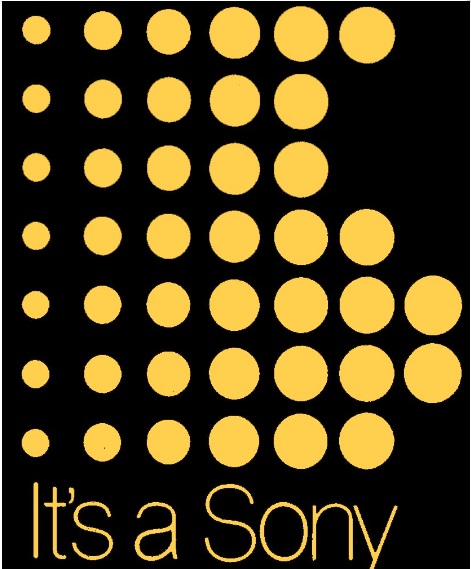