Skip to content
Previous Next
Pokemon GO! and how it’s changing the game for Location Based Marketers!

Pokemon GO! and how it’s changing the game for Location Based Marketers!

There is a new (some could argue old!) game taking over –Pokémon GO! Millions of people are playing and it is not very difficult to find these “Pokémon Hunters” everywhere you look. You may even bump into one while shopping at a supermarket or while taking a casual walk in your neighborhood!

For those who were probably living under a gigantic rock during the 90’s or don’t belong to the“millennial” age-group, Pokémons are ‘Pocket-Monsters’ invented by Satoshi Tajiri in 1995. Originally created for Nintendo’s Game Boy, Pokémon was all rage in the 90’s and there was a TV show, movies, plush toys and trading cards that were a part of the franchise.

The new version of the game is pretty simple.

You become a Pokémon Trainer and use Pokéballs to track down Pokémons in your current location and score points. Although in the original Pokémon game there were 150, the latest version of the game lets you get hold of many new species of the cute little monsters. Next, you proceed to train your Pokémons and fight against other trainers, who can be your friend, family member or a random stranger hunting down Pokémons in your neighborhood!

With the use of Augmented Reality technology, Pokémon Go becomes more interesting and fun to play than its original video game version, which is also available to the iOS and Android users.  It uses your device’s GPS to create a virtual map of the Pokémon world with indications of the pocket-size monsters at your location, which can be a park, your dining room, a bar, a shopping mall, a museum and even when you are traveling in a train! These places, where Pokémons are found are called Pokéstops or Poké Gyms and people have been finding them in the most unusual places! 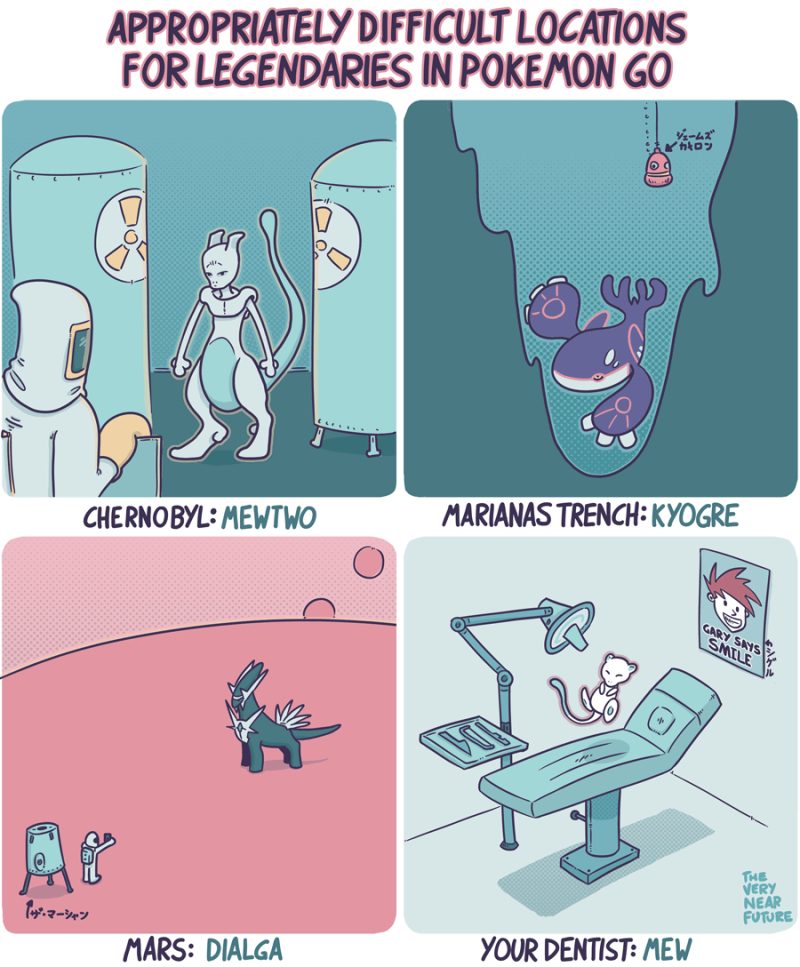 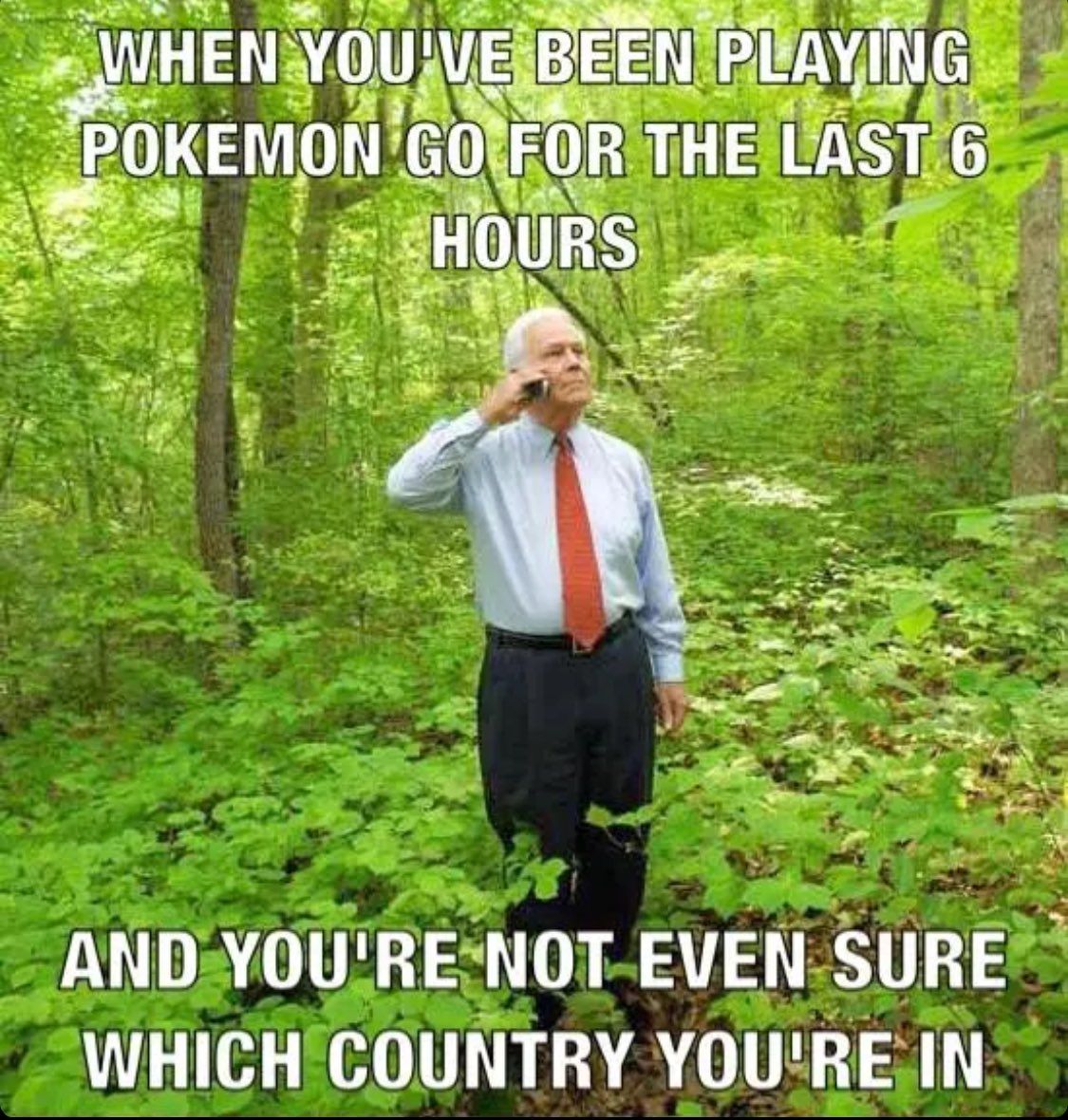 Although there have been instances where players were robbed, found dead bodies, annoyed residents living in the neighborhood, drained their phone batteries and ended up with sore legs and exhaustion, it doesn’t bar them from playing the game where they compete against themselves. 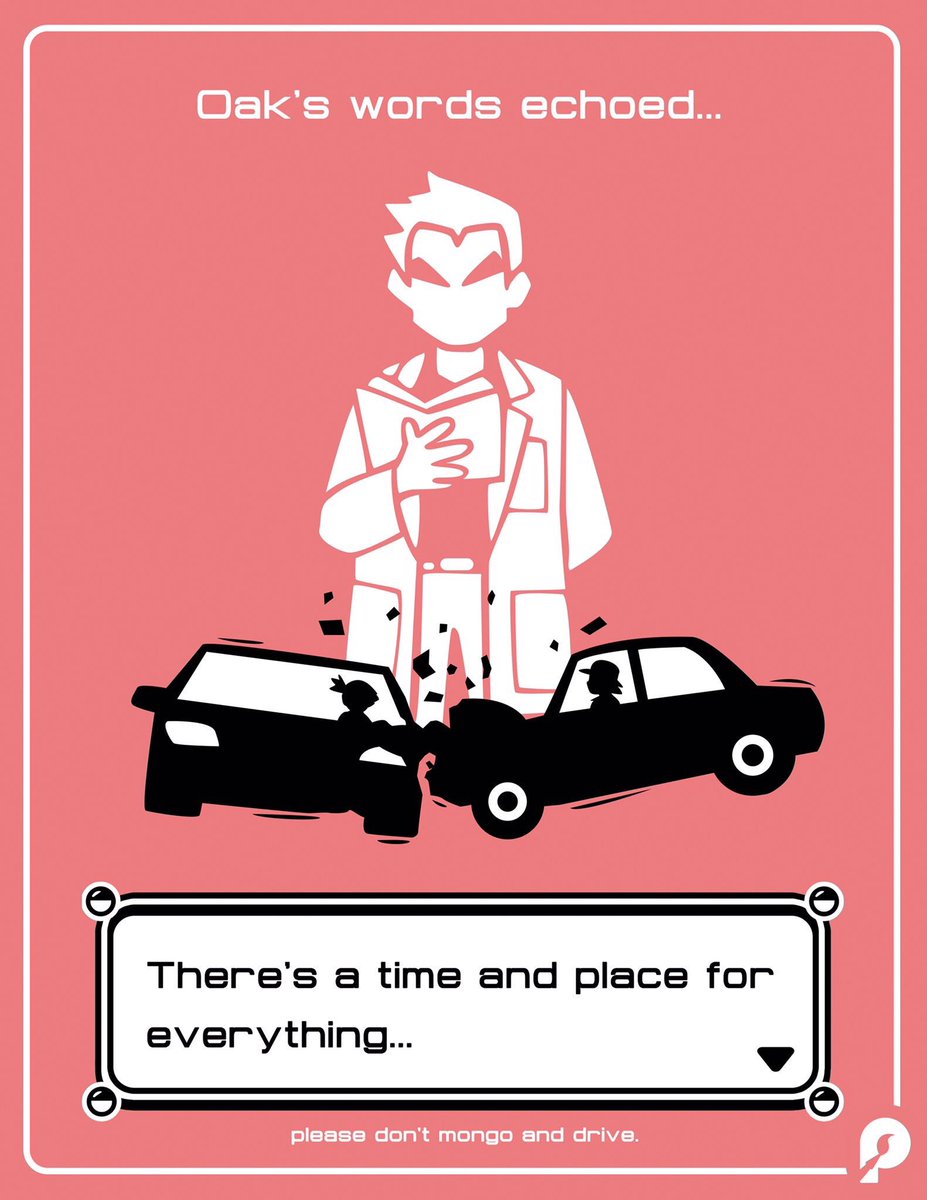 Due to this unprecedented success and overwhelming popularity of Pokémon GO, marketers are making beelines to make the most of it. Pokémon GO is killing it, especially for SMB’s, when it comes to Location Based Marketing.

IT HAS MASS APPEAL

To be honest, there is nothing ground-breaking about the Pokémon GO apart from its massive appeal. Because it forces people to go outside to play, there is a lot of curiosity among the bystanders and this is how the word (and the craze) spread like wildfire. This popularity and the hype aren’t dying anytime sooner or we like to believe.

Catching a Pokémon gives them the same experience as finding Easter Eggs and the never-ending quest of finding them anywhere is like an elaborate Scavenger-hunt. The players have to compete against themselves and beat their own record(s), which makes it more addictive. 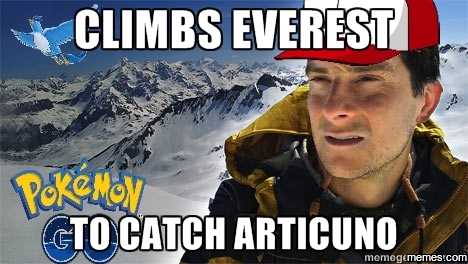 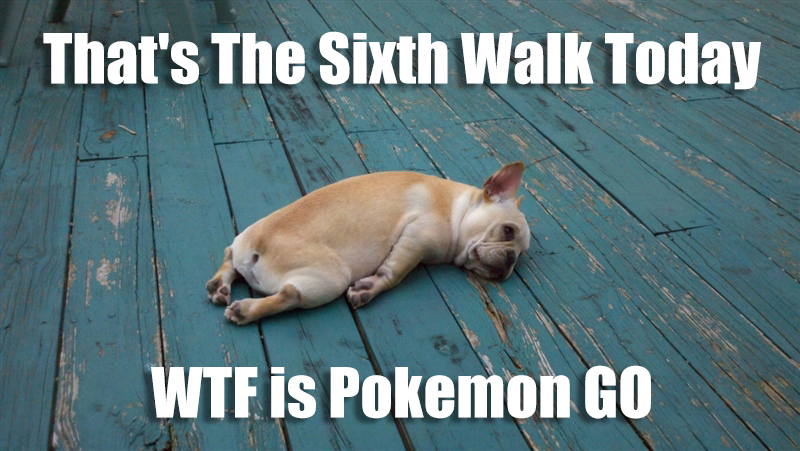 Pokémon Go takes game mechanics and Augmented Reality to another level. Take for example the following points, which make the game as popular for kids as it is for adults.

In short, the game is accessible to everyone and this is how marketers get the opportunity to deploy AR technology in their marketing plan without a sweat. What I mean to say is that, they have a readymade app at their disposal and all they need to do is to come up with innovative marketing ideas that lets them make the most of the new technology. It comes as no surprise then, that the mayor of Rio de Janeiro wants the game to be launched in the city during Olympics. You never know, it might just make its debut in Brazil next month! 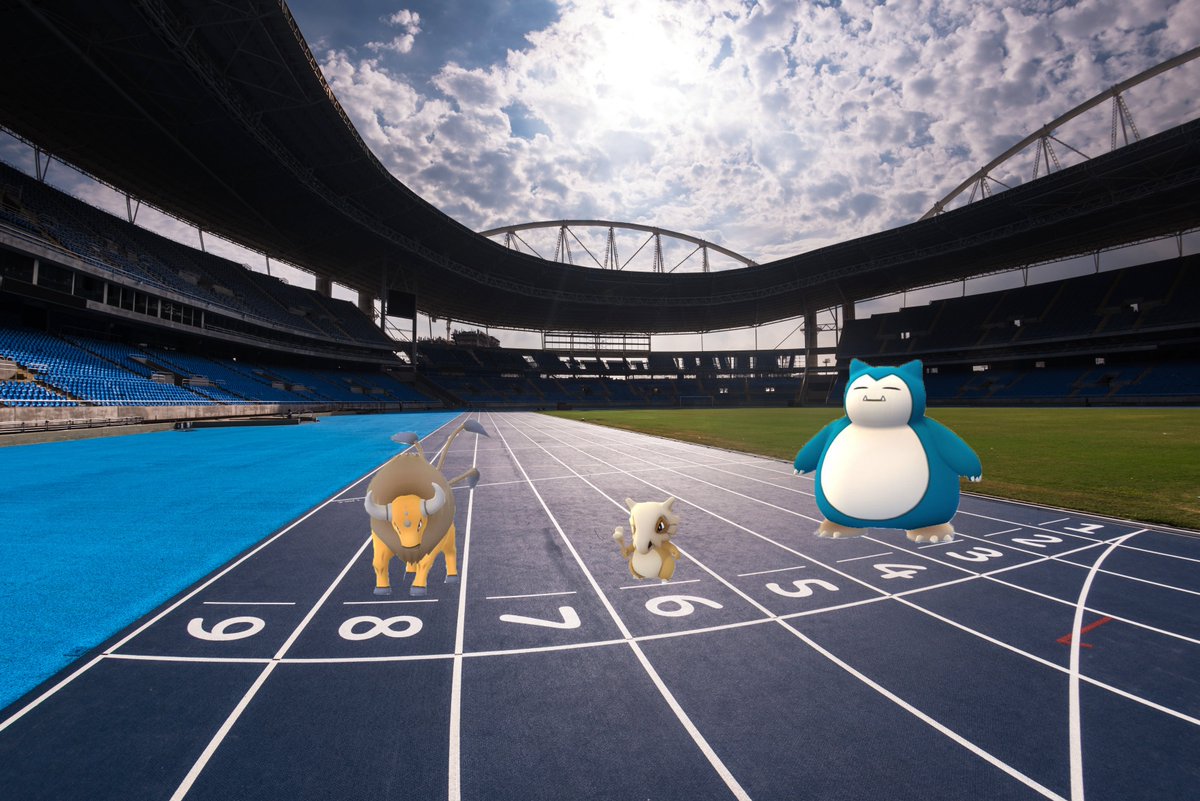 Goldman Sachs sums up the importance of Millennials for marketers in these words: “One of the largest generations in history is about to move into its prime spending years. Millennials are poised to reshape the economy; their unique experiences will change the ways we buy and sell, forcing companies to examine how they do business for decades to come.”

Having said that, Pokémons were a part and parcel of the growing up years for most of the Millennials, who grew up watching the TV series, movies, collecting cards and playing the game on their Game Boys. For them, Pokémon GO is a blast from the past and makes them nostalgic.

In a way, by playing the new game on their smartphones, they are basically fulfilling their decades-old dream of becoming a trainer like Ash Ketchum.

This means that local businesses, which are looking forward to using Pokémon GO to promote their businesses, already have a steady user-base.

The success of the game is not just limited to the fans of the original game or TV series but also, the present generation and other generations. People of all ages and from all walks of life are playing the game and celebrities are no exception. 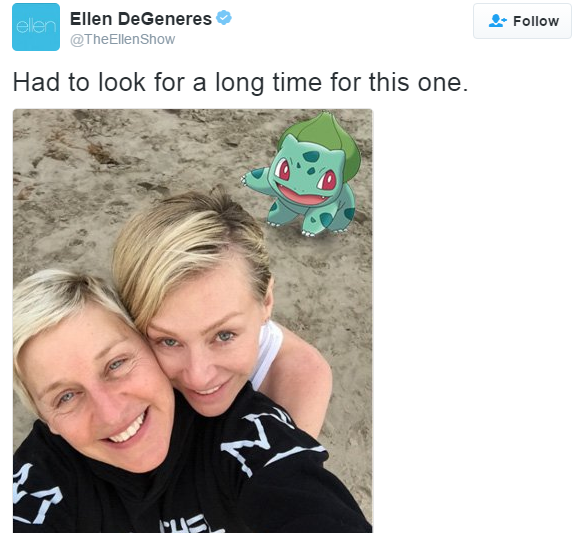 It is this word-of-the-mouth publicity, which seems to work for Pokémon GO and makes it viral on social media. This is something SMB marketers should take note of. By tying up their brand with the game through clever campaigns, they can increase their brand awareness on social media.

IT IS PURE ENTERTAINMENT

Pokémon GO doesn’t aim to solve anyone’s problems. It is a game that aims to entertain. Period. There is nothing much for marketers to do except for coming up with marketing gimmicks that appeal to the players or group of players. The rest is up to the players and how keen they are to take a break from hunting Pikachus and Charizards to pay attention to what the local businesses have to offer.

AND IT OPENS UP ENDLESS POSSIBILITIES

Pokémon GO is leveraging location-based marketing and promotions like never before by opening up a sea of opportunities: 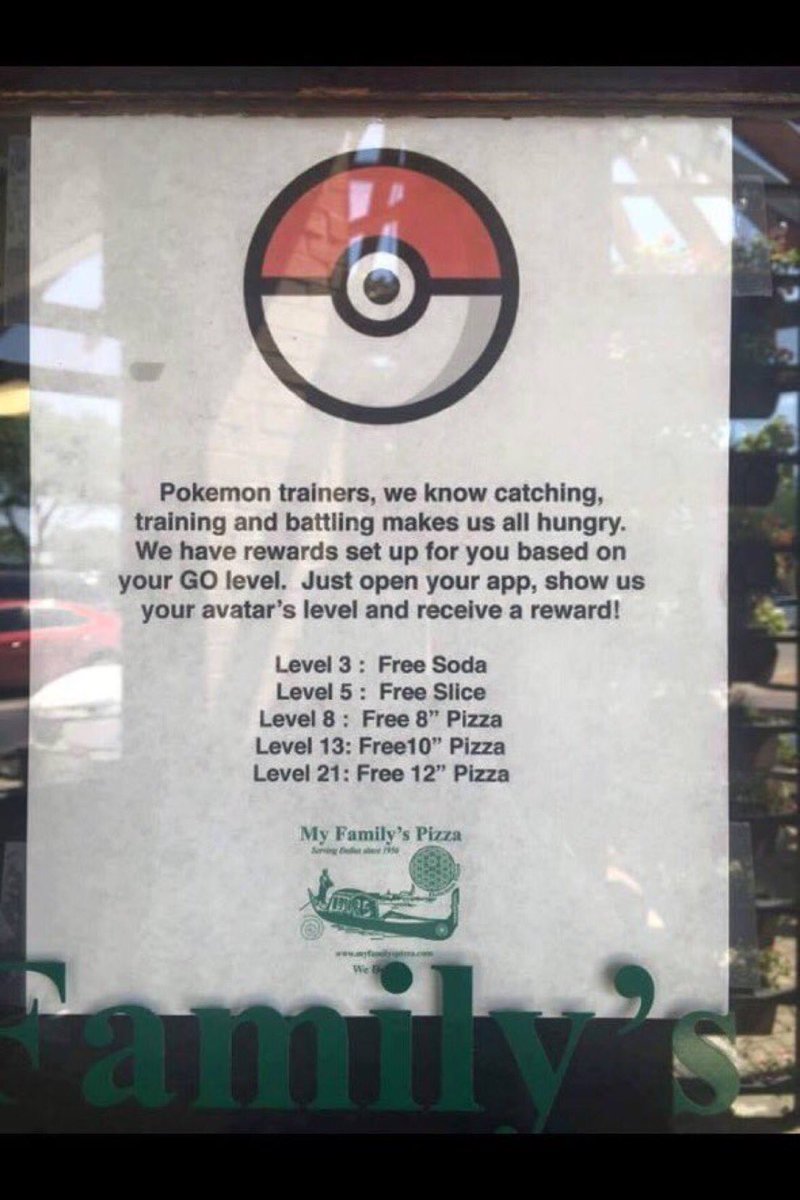 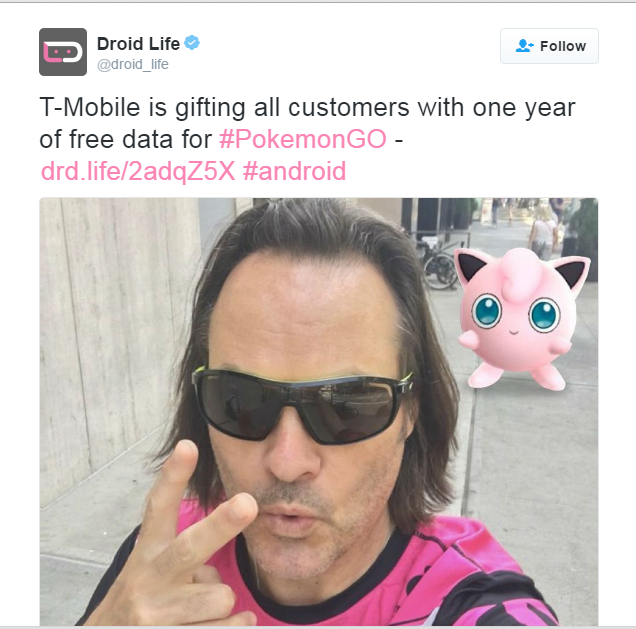 Even churches are cashing in on the runaway success of the number one game by becoming Pokéstops and some businesses are using Lure modules to attract players for 30 very valuable minutes.

In a nutshell, players are getting rewarded with discounts and deals in exchange for doing something they love – playing the best game ever! This improves real time interaction and engagement with potential customers and increases footfalls for local businesses just like the good ‘ol days.

It is still too early to speculate whether the game is just a passing fad or is here to stay. Whether it will appeal to the masses even after a year down the line or lose its charm, we never know. In the meanwhile, let’s keep playing the ‘new-old game’ or the ‘old-new game’. After all, we Gotta Catch ‘em All!