Look To Your Social Network For Branded Video Content

Coming into 2016 it’s no secret that video content on the mobile and web space will be crucial for your company. This ever increasing shift towards video content has allowed for the birth of Youtube, Vine, and Instagram celebrities having built their own personal brands on these platforms.

This genre of film making is becoming increasingly popular with ‘reaction videos,’ ‘fail compilations,’ and ‘best of’ videos that essentially serve as a portfolio; these are known as, supercuts.

A supercut by definition is,

A compilation of a large number of short video clips, typically showing examples of a repeated or clichéd action or phrase in films or broadcasts.

The technology to make a supercut is available to any smartphone owner and more importantly, businesses/services in need of creating branded video content. In essence, digital marketer’s shouldn’t overlook the use of user generated content just because the footage wasn’t recorded on a 5D or 7D.

Even though traditional and more established brands may have a budget for television advertisements with a subtle message, audience’s today are far too alert to be easily duped — not to mention, they’re technically savvy when it comes to avoiding traditional advertisements.

So how do you reach an audience with a supercut representing your brand, displaying your product/service, and within a tight budget?

LG Electronics seems to have figured out a way with the helping hand(s) of actor/direct Joseph Gordon-Levitt and the assistance of his HitRECord production company. 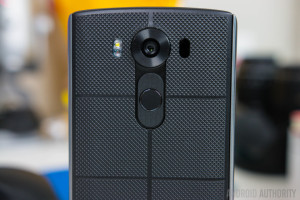 HITRECORD is an open-collaborative production company, and this website is where we make things together.

Utilizing the HitRECord network of collaborators, Gordon-Levitt and LG created a unique piece of branded content that directly advertised their latest smartphone release, the LG V10.

What does all of this mean?

While before (and it still may be) it may have been a stretch to get a Joseph Gordon-Levitt, Peyton Manning, or Serena Williams for your a Youtube or Vine spot, now you can reach a celebrity of equal star power through social networks.

The biggest takeaway, however, is that regardless of who you may wrangle in front of the camera, quality content wins out. As evidenced by the new generation of stars birthed by the internet and social media platforms, an audience exists for every brand — famous Viners like Nash Grier have been offered up to $100 by brands to be featured in his sketches, while others like Robby Ayala have been offered several thousands of dollars.

*Here’s a look at the 30 second Hewlett-Packard commercial that evolved from one of Ayala’s 6 second Vines; featuring Jessi Smiles and Zach King.*

You just need to find your audience and create a message that resonates with them. Why not try and produce a video starring them?