Skip to content
Previous Next
The Business of Branding Yourself

The Business of Branding Yourself

We talk a great deal about branding for our clients at TalenAlexander, but one aspect of branding we’ve yet to discuss with you is, personal branding.

Branding on a business-level is common, but today branding is becoming just as important on a personal level. After all, you might work for a business that works with other businesses, but it’s people working with people and that’s what makes business relationships valuable.- Neil Patel & Aaron Agius, QuickSprout

However, what exactly is a personal brand?

Personal branding is the process of developing a “mark” that is created around your personal name or your career. You use this “mark” to express and communicate your skills, personality and values. The end goal is that the personal brand that you develop will build your reputation and help you to grow your network in a way that interests others. They will then seek you out for your knowledge and expertise. – About.com

Every decision and action you make further feeds into your personal brand, but more popular examples of personal brand fall on entertainers, musicians, and athletes. Their personal brand (beliefs, attitude, demeanor, interests, etc.)oftentimes can allow the opportunity for endorsement and sponsorship deals.

Now that we’ve identified what a personal brand is and they important role they play in business today, let’s take a look a few popular personal brands. 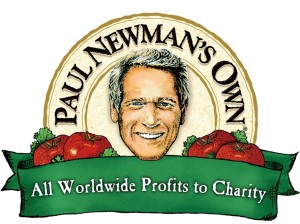 Chances are that if you ever strolled the aisles of your local supermarket, you’ve noticed Newman’s Own, a brand established by the late actor, Paul Newman. The brand packages and distributes consumer products (frozen goods, sauces, dog food, etc.) to supermarket chains in which the profits raised from sale goes into Newman’s Own Foundation which sponsors philanthropic work.

Established in 2005, the brand continues to carry on the legacy of Newman through it’s operation and involvement in humanitarian efforts. “Since 1982, when Paul Newman first declared, ‘Let’s give it all away,’ more than $430 million has been donated to thousands of nonprofit organizations helping people in need around the world.” 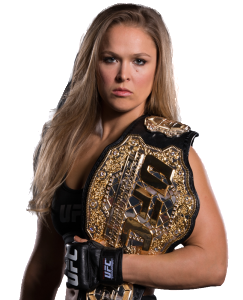 Next we have the reigning UFC Women’s (Bantam Weight) Champion in the sport of MMA (Mixed Martial Arts) who is a world-class athlete, outspoken, and a bit of nerd, ‘Rowdy’ Ronda Rousey is growing engagement for the sport in a way never imagined.

Noted as a feminist with a love for Pokemon & World of Warcraft and technical precision in the Octagon, the fighter has earned the respect of die hard fans and brought in an audience of casual spectators. Embracing her personality (brand) has separated Ronda Rousey for the cookie-cutter, hard edge mold so often associated with MMA. The result of doing such has landed her movie roles, commercial spots, and television guest appearances in addition to widespread fanfare on internet social communities. 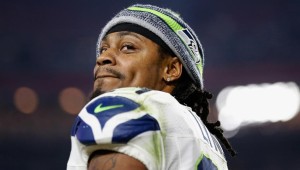 Last but not least is the Seattle Seahawks running back and media darling Marshawn Lynch, better known as ‘Beast Mode.’ While Lynch has been in the league for several years, it wasn’t until the success of the Seahawks  at Super Bowl XLVIII (43) that all eyes were on the most dominant team in the NFL that fans became aware of Lynch’s tight-lipped stance against the media.

Lynch’s love for Skittles and distrust of the media led to a number of league fines, but catapulted him from being the league’s toughest running back into a media personality earning spots on CONAN (O’Brien) and a Skittle endorsement.

However, while most of these personal brands have been elevated by utilizing their foot holds on larger platforms, there is another, more popular route many of largest personal brands take– Social Media.

Personal branding allows you to establish a reputation and an identity while still maintaining a personal level of trust and interaction, usually through social media.- Jayson Demers, Inc.com

It’s worth noting that each of the following individuals had/have already amassed a large following and been featured on an international stage, but nonetheless their savvy strategies of connecting with fans through social media has taken their brands to even greater heights.

Kevin Hart stands only 5 feet 2 inches, but his personality is that of someone 10 feet tall. The stand-up comedian and actor has been on a tear for the last 5 years touring internationally with a string of sold out comedy tours and #1 films at the box office.

Hailing from Philadelphia, PA is known for his physical brand of observational, self-deprecating comedy, Hart relates stories of his family, childhood, and parenting to audiences around the globe. Hart has taken his strategy further by connecting with fans on social media (30 million followers), hosting tweet ups where fans can join him for a 5k run (Philadelphia, Dallas, New York, etc.) or retweeting posts and keeping open banter.

Supermodel, television host, and significant other to John Legend,  Chrissy Teigen has turned what is typically a short lived career in modeling into a personal brand. Noted for her outgoing, quirky personality, Teigen has released controversial tweets and posts, some of which resulted in her account being banned.

Initially recognized for her work in Sports Illustrated, the model and soon-to-be mother shares the most intimate details of her life– her recent pregnancy, John Legend’s derriere, and topless photos which are strictly against Instagram’s nudity policy. Nonetheless, her level of transparency coupled with her bold personality have garnered her a hosting gig on MTV‘s Lip Sync Battle and an endorsement with Samsung.

Donald Glover has long been known in small online communities as part of Derrick Comedy, but transitioned into mainstream celebrity with his role on NBC’s Community. After leaving the show to pursue music, the actor faced a number of roadblocks with industry gatekeepers, ultimately following the independent route and taking to social media.

Already having amassed a large audience through YouTube and television, the actor began teasing a large project through social media accounts, posting photos of personal letters penned to himself which led many to question his mental health. Ultimately, his accounts became inactive until the release of his Grammy nominated album, Because The Internet, released under his moniker of Childish Gambino; the album was released with an accompanying short film and screenplay.

As part of his media rollout, Childish Gambino took to social media again hosting tweet-ups in Toronto and London, inviting fans out to local parks for a listening party which was a huge success.

Managing a personal brand as seen through the aforementioned examples is a challenging task that can lead to great rewards. In the case of celebrities that chose the social media route,  it can be even more challenging when you open of your personal life and character to complete strangers.

Even though you may build rapport and earn the love and respect of your followers, it does not leave you invulnerable to attacks on your brand, product, or services. However, it does provide you with the opportunity to reach out and connect with people whether you’re clearing up common misconceptions or simply thanking fans for their support.

Social media in a personal branding effort operates as a double edged sword, so it’s important to be conscious of every piece of content you decide to post. Ultimately, whether positive or negative it leads to an almost unparalleled level of transparency which is extreme importance in today’s society.

Be aware that 3 out of 4 patients today looks online for answers before coming to an actual place of practice looking for help. Even more, 60% of physicians in the United States are already online, and networking on a daily level, and people trust their posts–                             Elizabeth Smithson, Branding Magazine

Building a personal brand can build trust among your audience, establish your credibility as a thought leader, or even elevate your business/service to the next level. Whenever you decide to stamp out your personal brand, just remember to be authentic as people can spot when you’re faking it and you’ll only end up delaying your success and happiness further. “Most importantly, remember that a strong personal brand should be ubiquitous and ever evolving.”- Shama Hyder, Forbes