Skip to content
Previous Next
Wave Goodbye to Summer and Hollywood’s Seasonal Run of Rebranded Blockbusters.

Every summer comes with the promise of sun, fun, and relaxation as we shed our winter layer and embrace the elements. However, there is a conflicting force at hand as Hollywood has been hard at work, now vying for our attention urging us to get out of the house and into the theater.

In competition with the mother nature, summer sports, national holidays, and beach life, studio executives have been looking for ways to keep us coming back. The growing popularity of in-home theaters due to advancements in television and audio quality have only added to the growing list of problems the studio system faces.

Consumers would rather stay at home and avoid the lines, high concession prices, and texting/talking movie goers. The overall cinematic experience is being diluted, but alas studios seem to have found the answer to a growing problem.

Prior to the 1995, studio remakes, reboots, and reimagining’s of films were largely unheard of, yet in the advertising world they are quite common place as the strategy of, rebranding.

What exactly spurred this pandemic of rebranded film franchises at the box office?

Well, it’s no secret that there has been a steady turn out of Marvel and DC comic inspired films in the last decade. Most, if not all, of these releases have been largely successful at the box office for 20th Century Fox who purchased Marvel Comics rights to the X-Men in 1996.

New Line Cinema has managed to get in the game by purchasing the rights to a few other characters (Iron Man) previously owned by Fox, however, a growing gap for revenue amongst competing studios continues to exist.

So, how have other studios like Warner Bros., Paramount, and Universal Pictures managed to compete in a market largely dominated by film adaptations of comic storylines? Rebranding.

The aforementioned terms of reboot, remake, and reimagining are applied to the film industry, but without arguing semantics the rebranding of popular film franchises has sparked healthy competition for Fox studios.

Perhaps the most popular has been Warner Bros. Dark Knight series, which was a complete franchise reboot from their 1989 series by director Tim Burton; The Dark Knight series was directed by Christopher Nolan. 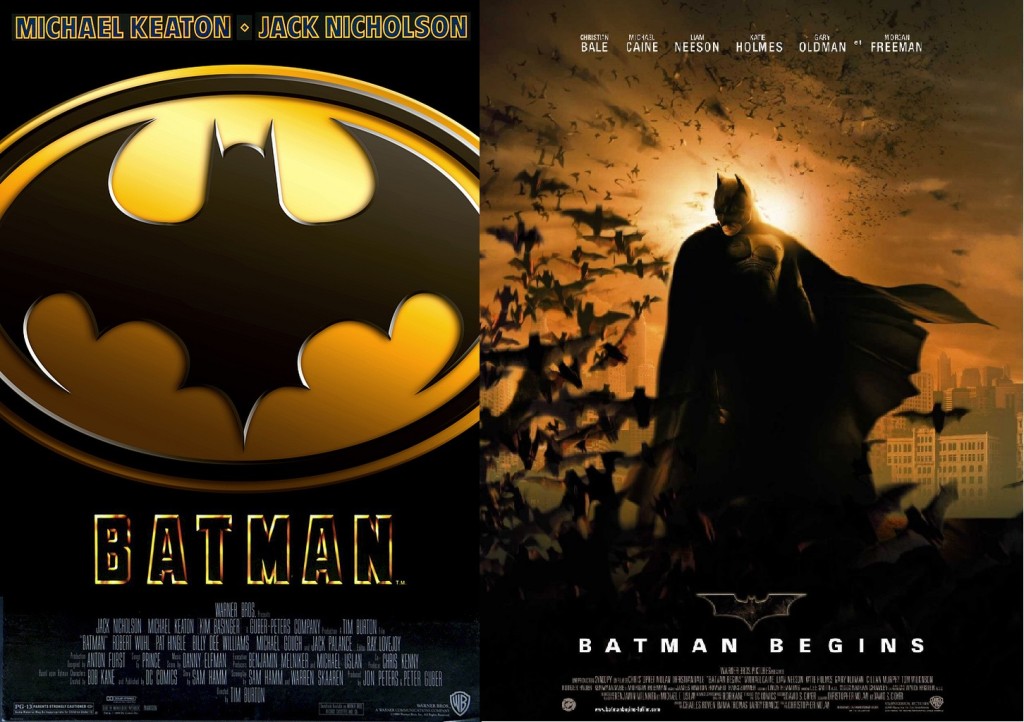 The film series set a new box office record and earned the studio over 1 Billion dollars. The rebooted franchise was envisioned as a more true-to-life adaptation versus the theatrics and quirk of its predecessor. The film series set a precedence for remakes and has served as a precursor for wave of rebranded summer blockbusters.

Largely popular among Generation X and Y, the Teenage Mutant Ninja Turtles have become embedded in pop culture. Their success spawned an animated television series and merchandise covering everything from lunchboxes to action figures have antiquated into memorabilia.

The “Heroes in a half-shell” have undergone two remakes both in television and the silver screen, the latter of which has produced both an entirely CGI-animated reimagining and another blending both live action and CGI. Paramount Pictures picked up where New Line Cinema left off introducing a tale of four brothers from the underground of New York City. 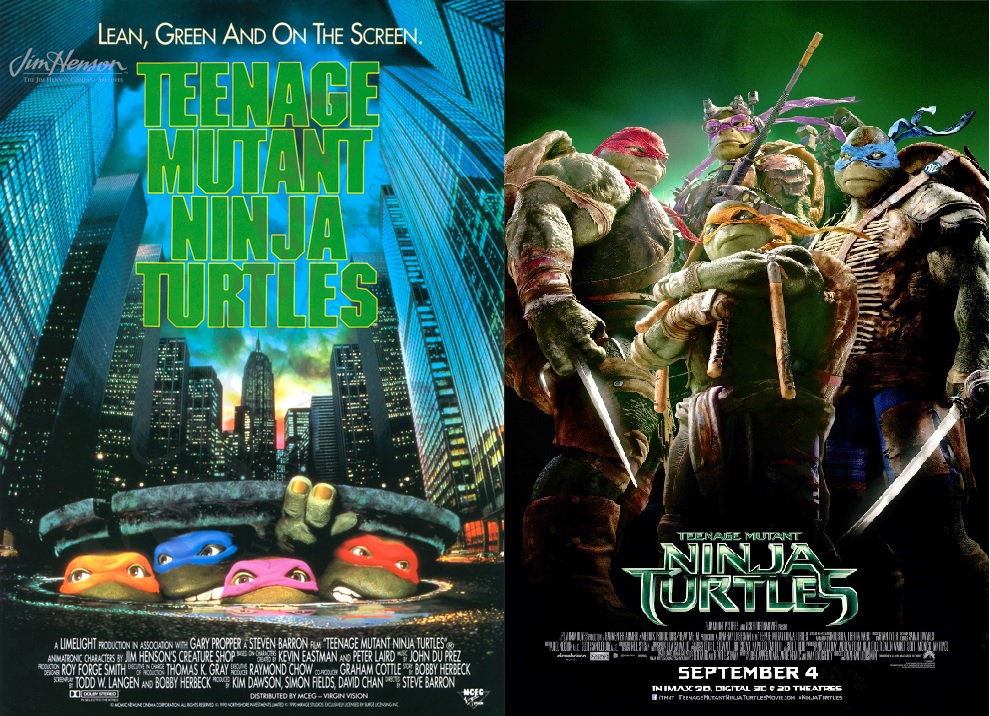 The turtle appeal has been enough to green light a 2016 sequel to the 2014 release which produced a turn out across generations, as X & Y-er’s introduced the New Net generation to their longtime cultural icons.

Another instance of reimagining brought about this summer’s highly anticipated Jurassic World release which continued the film adaptation of author Michael Crichton’s saga, Jurassic Park. The fourth installment in the Jurassic Park series broke box office records for Universal Pictures. Although greeted with a large number of parodying internet memes for its heavy use of in-film advertisements, the numbers don’t lie. 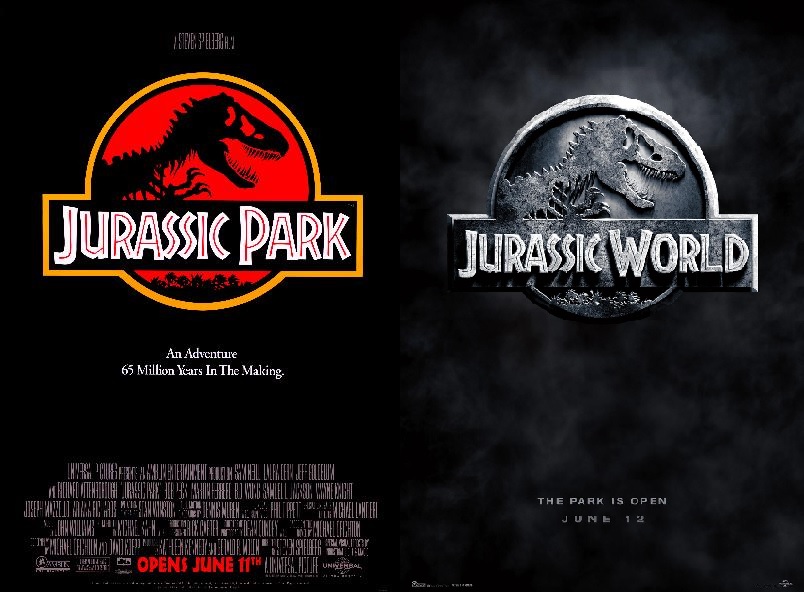 Continuing in the trend of successful rebranding would be Warner Bros. release of Mad Max: Fury Road, which hadn’t seen the silver screen since 1985. After thirty years of development the studio partnered with visionary director George Miller in reintroduction of a highly anticipated cult classic. 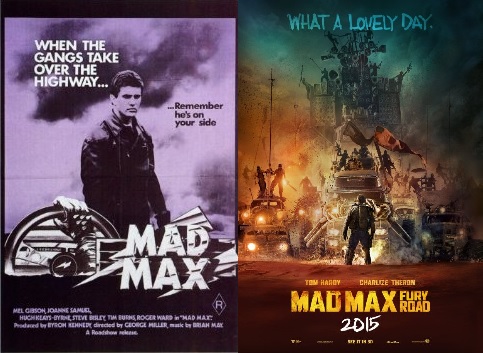 The film was successful enough to become green-lit for two sequels and has spawned a generation of internet fan-lore within online communities. However, just as rebranding strategies in the advertising world are susceptible to failure, film franchises are capable of the same fate.

Look at 20th Century Fox’s 2015 reboot of the Marvel Comics franchise, Fantastic Four. The comic series first received it’s adaptation in Tinseltown in 2005 and only a decade later is seeing a reboot which was a box office flop, both critically and financially. What was the cause of it’s failure? 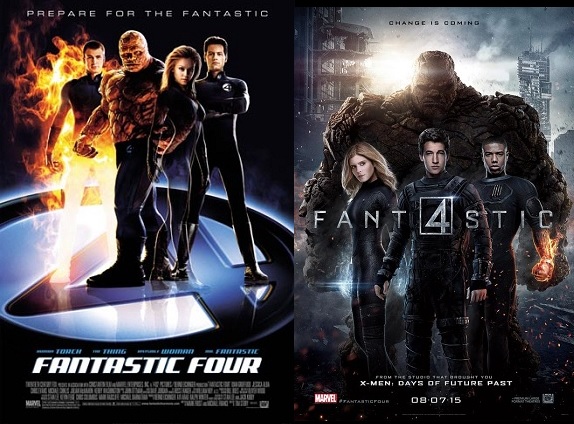 According to critics and fan reviews, the film suffered from a lack of character and storytelling which are essential elements to any successful brand whether you’re restaurateur or film studio.

The film was such a failure that it was slated for a sequel which has since been pulled.

There’s a powerful lesson to be learned in regards to storytelling and character development. Your brand is essentially your character and the environment/culture with which you create. A great character will not leave you wondering what their story is, but rather how you will tell it.

Be it through text, audio, or the visual format storytelling transcends recorded time. Whether it’s Hannibal Lecter or Jesus Christ, it’s important to develop a character that when asked, “What would ____ do”?, you don’t have to struggle to find the answer.

When rebranding it is important to seek substance and not flair, as a flashy new logo and marketing collateral will only take you but so far. Look instead to define your product/service by your character as it is far more substantial in making a connection with your audience.

Try and avoid mistakes like the SyFy network (formerly Sci-Fi) in adopting a name that is shared with a venereal disease.

All that said, what/who are some characters and films you’d like to see rebranded on the big screen? Don’t worry, if you’re of the philosophy that “If it ain’t broke, don’t fix it,” we’d love to hear what films you’d like to be left alone? Leave your comments and suggestions on our Facebook or Twitter page, and remember…