On this day in history (2001) the first of the Lord of the Rings Trilogy, directed by Peter Jackson, debuted in theaters. 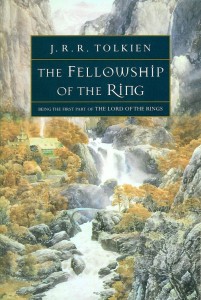 The film was a box office success in the domestic market, as well as, the foreign market. Grossing over 300 million dollars in the U.S., the filmed raked in over 800 million dollars worldwide. The trilogy filmed in New Zealand went on to set box office records, but more importantly rewrite the practice of marketing a high-concept film.

What does high concept mean?

A simple and often striking idea or premise, as of a story or film, that lends itself to easy promotion and marketing. – Dictionary.com

By definition, you’ve more than likely seen a high concept film at some point or another in your lifetime.

For example, for Steven Spielberg’s Jurassic Park (1993), the marketing department designed the Jurassic Park Logo and one could see it everywhere in the country before anybody even knew what Jurassic Park was. It created a curiosity and an interest for the film. – Marcus Linecker, SBCCfilmreviews.org

Lord of the Rings executed this strategy to a T, which is why the film has become a cultural landmark. The marketing department decided to create a website (www.lordoftherings.net) that was launched on January 10, 2001, 12 months preceding the film’s initial release.

The site was released in a dual promotion effort with New Line Cinema’s newest project (at the time), 13 Days. At the end of the first week, fans of the books or causal viewers could access the first trailer for Fellow ship of the Ring; available January 19th (2001).

How did New Line Cinema know there target audience was online?

By releasing a trailer available for download in April 2000, the marketing department was able to gauge the audiences reaction. The result was an astonishing 1.1 million downloads the first day and 6.6 million by the end of the week.

Thus they were able to get a thumb of the pulse of their audience and begin their high concept marketing strategy.

Following the website’s launch and trailer reintroduction, there was a steady content roll out.

“…A library of video pieces expanding weekly until the movie’s release as well as the trailer. Other partnerships in the works include one with the American Film Institute to promote middle school, high school and college-level study of the Tolkien books, augmented with material from the films and the Web. A five-minute behind-the-scenes documentary about the making of the films will hit the Web, probably in February.” (New York Post, January 2001)

The strategy was time consuming, but well worth it considering the trilogies commercial (and critical) success; 13 Oscar nominations with four wins.

This has taken 30 percent of my time for over a year, and the commitment of materials and resources has been massive….Not until the movie comes out do we want to ask the audience for anything. Until then, it’s all about giving things to them. 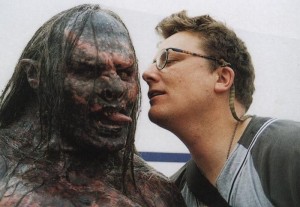 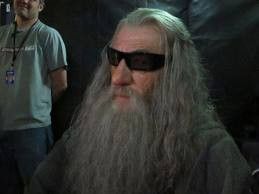 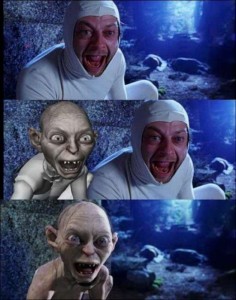