How Muhammad Ali Made FUBU A Contender

On this day in history (1960) Muhammad Ali (at the time Cassius Clay) won his first professional boxing bout against Tunney Hunsacker. A cultural icon, Ali has cemented himself into professional boxing’s Hall of Fame while serving as an important character in shaping the Civil Rights Movement.

Fast forward to 2001 when Entrepreneur Daymond John of FUBU clothing company struck up a co-branding partnership with the former Heavyweight Champion of the World. The brands blended FUBU’s influence and ties to the American hip-hop scene to Ali’s larger than life personality in and out of the boxing ring– including his poetry. 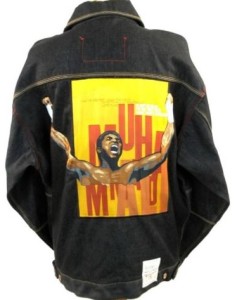 Ali, known for using poetry to address his opponents, is considered a figure of the American counterculture in the 1960’s. These two factors were used to honor the co-branding partnership of John and Ali, marketing the pugilist as a pivotal figure in American history.

Ali was a perfect brand partner for John, as revealed by the clothing brand’s CEO in an interview with CNN‘s Octavio Blanco,

…they said “we don’t sell our boots to drug dealers.” I wasn’t a drug dealer. I was a hard working young man who was working at Red Lobster as a waiter.

We said we really want to be inclusive and really proud of the people who we’re selling these clothes to. So we came up with a name: FUBU “For Us By Us.” It was all about a culture, not about a color.

At TalenAlexander we respect and admire the fighting spirit of Ali an John in mirroring their methods in achieving unimaginable success through love of our craft.

Please visit the links for more information on how to support the National Parkinson’s Foundation  and/or the White House Initiative, My Brother’s Keeper headed by Daymond John