On this day in history (1956), NBC or the Peacock Network took a chance bringing the first black host to a television variety series featuring jazz pianist, Nat King Cole. 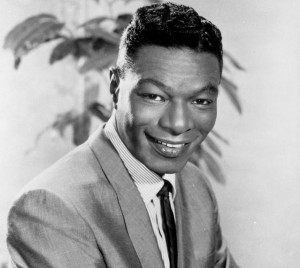 Cole, a jazz pianist hailing from Alabama, is remembered for his soft, baritone voice which created an eloquent style of singing. NBC’s monumental decision came at a time when race relations in the U.S. dictated that their best interest would be to incorporate a white host into their programming.

Undeterred, NBC and Cole both remained optimistic that the show would be pick up national sponsors as the season endured while in the meantime NBC fronted the bill. To their dismay, most sponsors were too afraid of losing their consumer base by sponsoring NBC’s program, which ultimately meant sponsoring an African-American.

Nonetheless, Arrid (deodorant) and Rise (shaving cream) were daring enough to support NBC’s radical move and became one of the show’s occasional sponsors.Cole himself lost support from the black community as his variety show was performed in front of an all-white audience and to play a Nat King Cole record became an act of treason in the black community.

However, the partnership of NBC and the late Cole was committed to eradicating the prevailing attitude of racism and elevating the level of entertainment available to both white and black audience by expanding the American palate.

After only a year, Cole frustrated with the lack of national sponsorship, investing his own money into the program production, and the support of industry professionals Ella Fitzgerald, Harry Belafonte, Frankie Laine, Mel Tormé, Peggy Lee, Eartha Kitt, Cole pulled the plug. 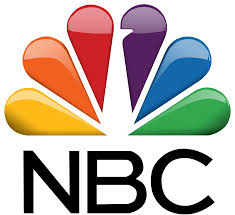 Although groundbreaking, the experience was bittersweet. In his posthumous career Cole has been honored with a spot in the Rock and Roll Hall of Fame and his music and legacy respected for shaping history. NBC has continued to produce some of the best television programming and in 2009 decided to rebrand their company with a fitting slogan, “More Colorful.”

…One thing that stood out from NBC’s internal research was the idea of embracing humanity. Our brainstorming lead us to the realization that the ability to feel and experience emotion is at the core of our humanity. It just so happens that color theory research has led to strong correlations between color and emotions, because of both the visceral human response to color and the cultural associations that have developed over time. We used that line of thinking as a basis to tap into the emotions of the colors themselves, bringing them into a richer view…

At TalenAlexander we respect those who strive to make a difference and have the mettle break the mold, and for that reason we honor Nat King Cole and the National Broadcasting Company for their pioneering work.